A selection of events those involved with Tara Celebrations

have assisted or organised

A tradition in Ireland, the Month’s Mind, commemorates someone who has died about 30 days after their passing.

This echoes the Wicca tradition that the soul is journeying for the whole cycle of a moon, about 28 days.

Now available on BBC iplayer  – this is a wonderful programme with some thought provoking ideas.

As Bernadette says, all you need is a flask and warm clothes and to go out to enjoy the event...

and they don't have to bring anything or be a certain person.

Anyone who would like to input their thoughts and inspirations for Tara Celebrations 2014 / 15 were invited to join in a Conversation after the Samhain gathering.

Drumming and singing from the heart - August 2014

Some members of Tara Celebrations went to Howth yacht club recently to see the Uruguayan crystal heart.  Thanks to Bernie for this information:

I went to hear about and see the Uruguayan crystal heart and felt a gentle but powerful energy from it.  I feel at this time our planet and all the people on it can use what is available to us to help with the transition that is taking place.  This crystal has symbols inside that are unique and when it was tested by scientists they could only say it is 130 million years old and they can't explain its power.   It is worth seeing if you get the opportunity.

It was found in 1966 by a mine worker who immediately felt its great power to heal and promote love in all who are come in contact with it. For many years he had people from his local village come to visit it, they told him of many benefits it had given them and the story soon spread to other parts of Uruguay.  He had lots of offers to sell it but refused them all saying he knew it was a gift to humanity. After he passed on the crystal was forgotten by the family and put away. 15 years went by then someone came to the village asking about the heart.  Since then it has been available to anyone to see and receive the healing that it offers.  It is brought around the world each year by Michelle Almeras who has spent his savings & retirement on allowing the power of this crystal to help all who come to see it.

Autumn Equinox 2013 eight people gathered to review the organisation and operation of Tara Celebrations.  During that meeting the eight agreed that one individual would be Designer for one of the 8 festival gatherings, starting Samhain 2013.  Each is responsible for calling where and when it is held and the content of the event.  Information is shared about this via email and this website. 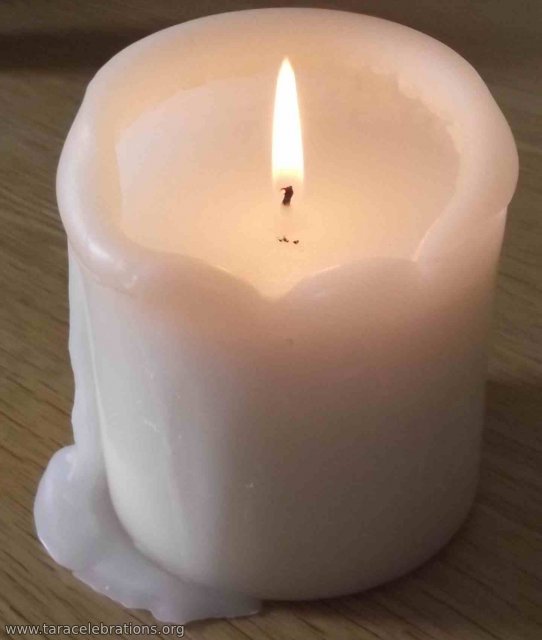 In the Hill of Tara Healing Centre.  Opening with a healing circle, then exercises awakening gratitude, and a meditation on the theme song.  In the afternoon we journeyed with the drum to meet our power animal.  Throughout the day we shared our experiences to gain greater clarity and insight.

Thanks to Bernadette for the photo of the butterfly who, in the morning, flew around the group then sunbathed in the Healing Centre.

Courting the Goddess - Pilgrimage for Women 2013

Held in Seomra Tara with Mary and Nora

The empty bowl in the Labyrinth room An Tobar when we opened the day.  Many thanks to Mary Owens who guided us to creating energy bags of  flowers for healing,   and Susan who encouraged us to stand up and energise with pancha tanmantra '5 elements martial art'.

After a lunch break and short meditation and healing circle on positive intentions, Martin Dier led us through the experience of healing using bio-energy and eft.

Filled with all the good intentions and healing energies of the day the bowl transformed.

The First Circle opened the Day in the Labyrinth Room, An Tobar, with an Introduction and  Meditation, followed by a short Walk in Nature to collect items for our centre.  We then returned to tell the story of their collection and what 'messages' we got from what we saw as we walked.

For the Second Circle we move to the Oratory to share in Reiki explanation and demonstration with Bernadette and Aromatherapy practice and information with Eileen. We each chose the scents that attracted us at this time and then discovered what they were telling us about our lives. 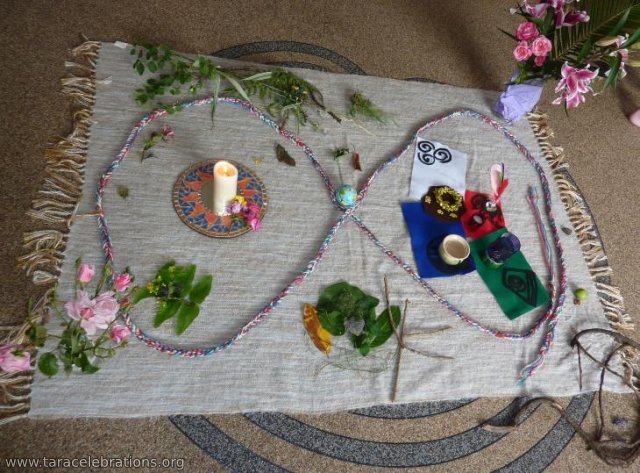 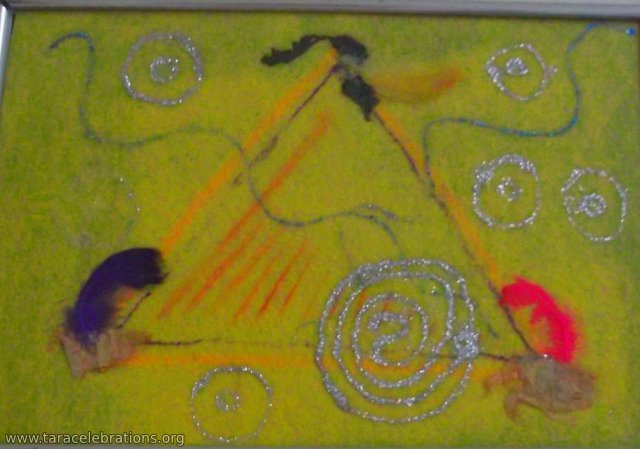 The labyrinth hidden under a rug, just as much of our inner selves is hidden to the outer world.  We returned to the Labyrinth room for the Third Circle, creating a Personal Mandala, reviewing the day and closing the centre.

Meditation aim is to access your spiritual core / soul / to connect to your inner self / higher self / sacred self.

Healing Circle - Each person is responsible for their own healing - we are there to witness and support their personal process.

Exploring the Geography of the Soul - Spring 2012

The purpose of Ritual was toTo initiate the season of Samhain (Wintertime) which is ruled by the Cailleach form of the Feminine energy. This is the energy that brings death to all those outmoded ideas, and ways of living that no longer serve us. The Cailleach energy prepares us for rebirth and new life when the winter time is over.

To support each of us to recover our connection with our own souls and with the soul of Ireland so that we can reclaim our sovereignty and be empowered in the challenging times ahead.

We believe that this ritual will create a container for the important spiritual work that must be done in Ireland and so heal the wounds and those ancestral patterns that keep us stuck in disempowerment and victimhood.

Like the fingers of a hand we are all part of the whole.

Throughout time we  have lived together – whatever our culture, we should love our traditions,  honour and share with others in equality. The times of separation are passed.

At this gathering we shall let heart take the lead,  acknowledge times past and know that we are the future.  We shall listen to the sounds of our surroundings and be with the earth, elements, sun, moon, all beings and ancestors to bring joy to ourselves and to the earth. 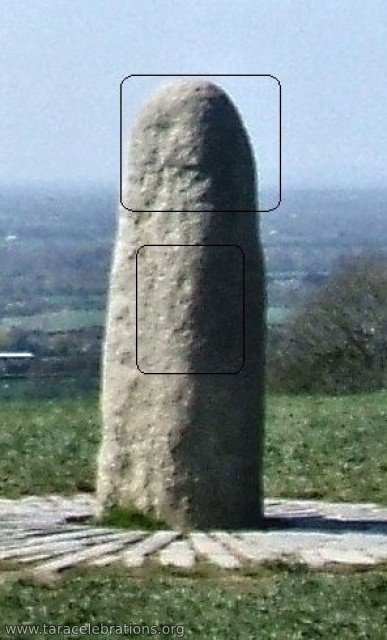 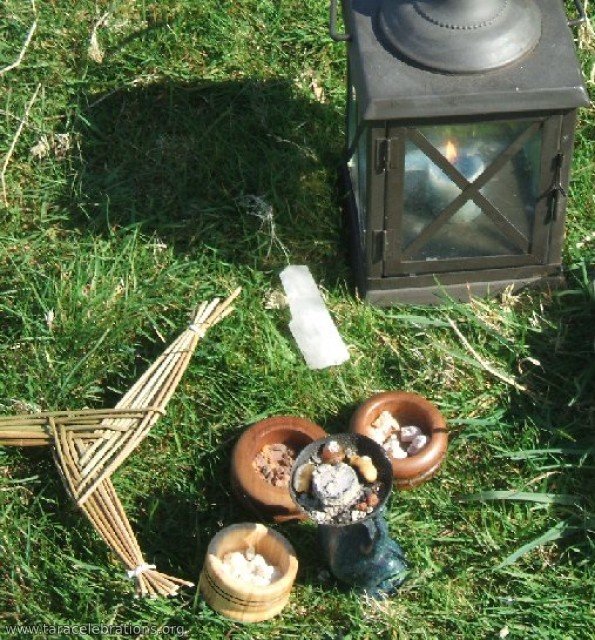 did the Lia Fail show 2 faces as we connected to the Ancestors? we leave you to  decide... 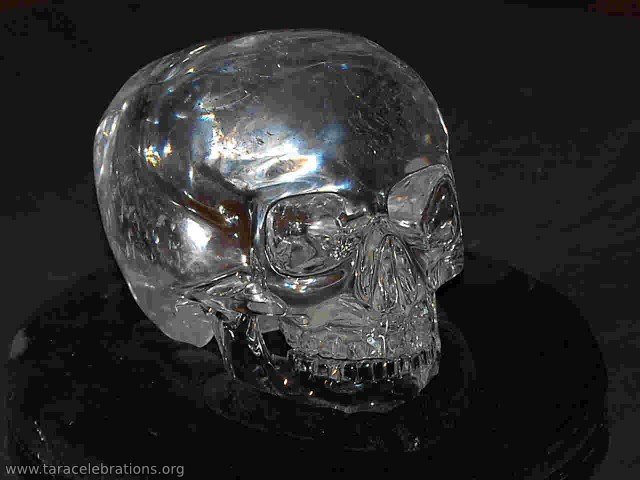 Sharing these notes of what happened on the day for those that may want to hold a similar get together as well as a remembrance of Dana. The view...